Since its inception in 2006, the Latin American Board has advised university leadership and developed several key initiatives across the region, including the Global Competitiveness Leadership Program, which supports young Latin American leaders.

“The guidance and leadership of the Latin American Board greatly enhances Georgetown’s engagement with the region,” said Georgetown President John J. DeGioia.“We are deeply grateful to have our alumnus Samuel Lewis as Chairman to continue this terrific work and broaden it to new horizons.” 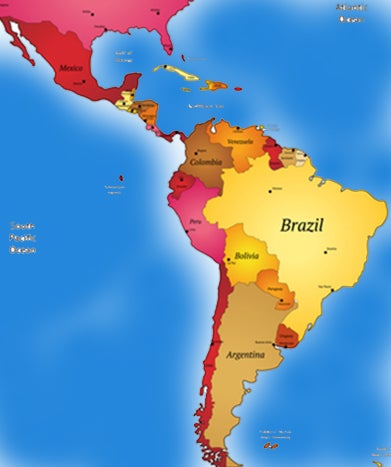 Lewis succeeds Alberto Beeck, who served as founding chair for the past nine years.

“We appreciate Alberto Beeck’stremendous leadership of the Latin American Board,” DeGioia said. “His vision and accomplishments, includingthe culture of collaboration he established during his tenure, represent the very best of our community and will have anenduringlegacy for years to come.”

Lewis received his undergraduate degree from Georgetown’s McDonough School of Business in 1979 before earning his MBA from American University in 1981.

A successful businessman, he has served as president of Empaques de Colon and for the ELE Group, Northsound Corporation, Red Crown Corporation and Calder International.

The Georgetown alumnus founded the Solidarity Party of Panama in 1993, and served as the party’s vice president from 1993-2003.Elected First Vice President and Foreign Minister of Panama during the administration of President Martin Torrijos (2004-2009), he has served on the boards of 11 industrial, real estate, farming and investment companies.

Beeck is an investor and entrepreneur. He currently serves as Managing Partner of VH Propertis and chairs Lumni Inc., a human capital development organization, and Sin Limites, a group that promotes social leaders through the media.

He and his wife, Olga María, a 1981 graduate of the School of Foreign Service, made a $10 million gift to Georgetown in 2014 to create the Beeck Center for Social Impact & Innovation. He also serves on Georgetown’s board of directors.