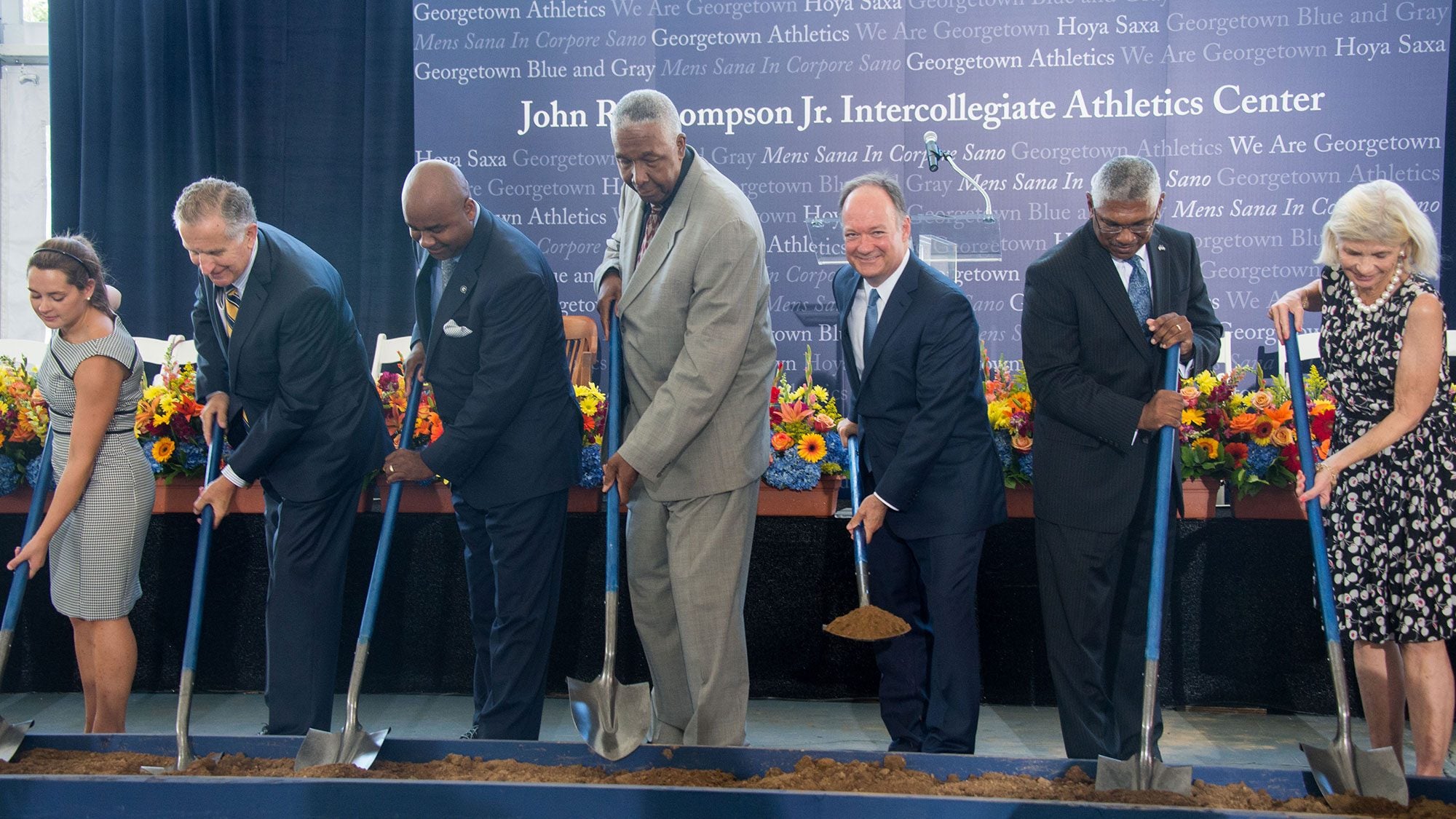 The four-story, 144,000-square-foot John R. Thompson Jr. Intercollegiate Athletics Center will provide athletic and academic inspiration for the more than 700 current student-athletes on campus and for the generations of students that follow.

“Today we celebrate the next stage in the development of our university in providing the context for our students and our coaches to have a place that will enable them to realize their full promise and potential,” said Georgetown President John J. DeGioia. “And it is only fitting that a place like this bears the name of John R. Thompson Jr. No one has better understood the need to provide a context for both forms of excellence – all in the service of the formation of our young people.” 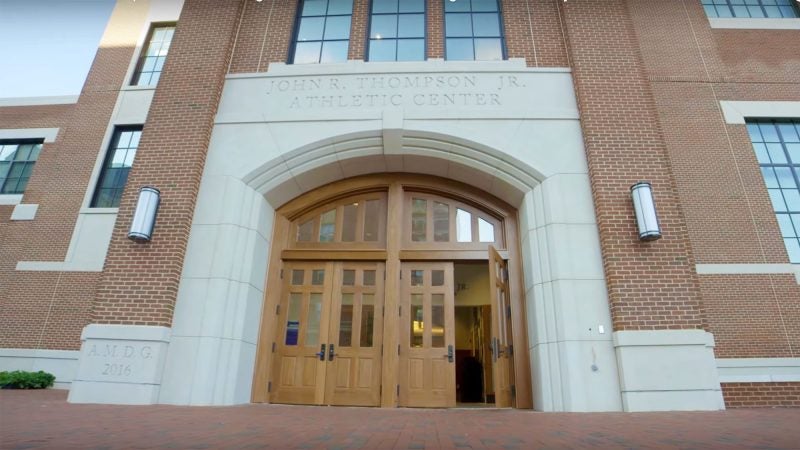 The $62 million facility, supported through philanthropy, will include:

“Today we reach a new milestone in the 144-year history of intercollegiate sports on the Hilltop,” said Lee Reed, Georgetown director of athletics. “The John Thompson Athletic Center provides us with modern spaces necessary to fulfill our promise and our potential.”

Thompson served as head coach of Georgetown’s men’s basketball team from 1972-1999.He also established himself as a champion for values beyond the basketball court.

During his tenure as head coach, his players had a 98 percent graduation rate and stressed to his players the importance of using their education after leaving Georgetown.

“Georgetown is not just about winning,” Thompson said at the groundbreaking ceremony. “This school is defined by more than victories.”

Thompson also expressed appreciation for those who contributed to his success at Georgetown.

“Without the help of a lot of people who are in here now… we would not have been able to succeed,” Thompson said of the career that led the Hoyas to their first national NCAA basketball championship in 1984. “When we say that programs are built on human resources, I extend that past my players even to the woman at the gate … or the guy who’s sweeping the floor or the deans and the teachers … all of those people contributed and were very, very helpful in helping me.”

Emily Hall (C’15), a champion swimmer for Georgetown, spoke as president of the student-athlete advisory committee.

“On behalf of all of our student-athletes I would like to say thank you to everyone in this room for making this day possible,” Hall said. “This building will be a monument to not only what past generations have achieved but also what we hope future generations will achieve and what we are doing today at Georgetown.”

During the late 1980s, Thompson protested the NCAA’s Proposition 42, which proposed tightening GPA and SAT requirements for scholarship eligibility for first-year students, saying it limited educational opportunities for students from underrepresented socioeconomic communities. The NCAA eventually dropped the proposal.

Several former Georgetown men’s basketball stars, friends and colleagues have pledged their support for the center in recognition of Thompson’s impact on their lives.

Ewing and sports agent David Falk, with his wife Rhonda, partnered to make a $3.3 million gift and Green and Hibbert each donated $1 million.