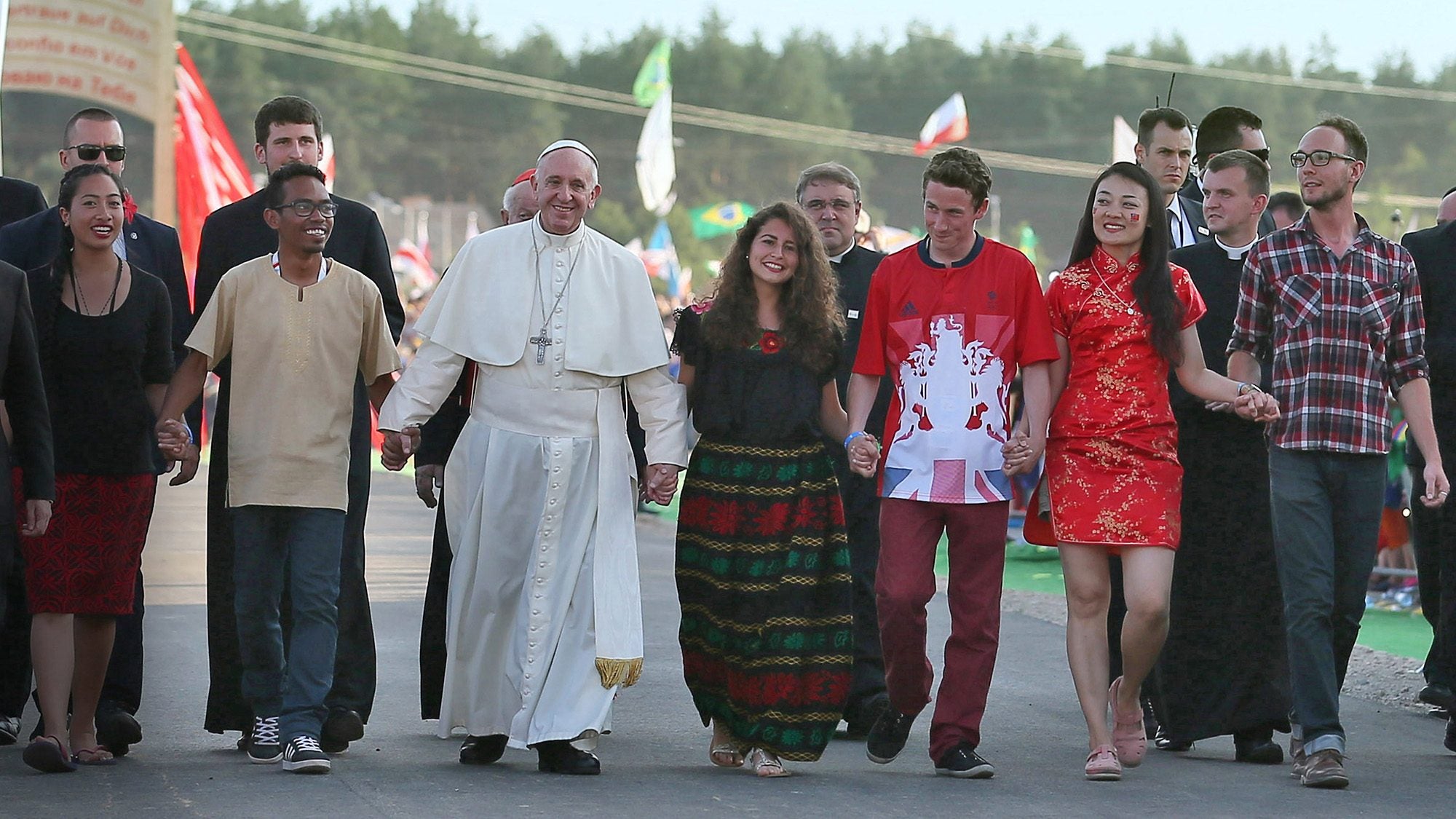 Who Is My Neighbor? Washington, Afghanistan, Haiti

More than 2,000 years ago, Jesus was asked, “Who is my neighbor?” and responded with the memorable parable of the Good Samaritan (Luke 10:29-37). Pope Francis made Jesus’ response the centerpiece of his powerful encyclical, Fratelli Tutti. This letter to all the world is a global and personal call to encounter, friendship, and solidarity in our own lives, communities, and world.

Pope Francis has asked The Roman Catholic Archdiocese of Washington to bring together young people to reflect on this message and to explore how young people of faith can “rebuild our wounded world” and help those “lying wounded along the roadside…lifting up and rehabilitating the fallen for the sake of the common good” (Fratelli Tutti 67).

The Roman Catholic Archdiocese of Washington and the Initiative on Catholic Social Thought and Public Life at Georgetown University are responding to the Holy Father’s request with Pope Francis, Young People, and Solidarity: Dialogues on Fratelli Tutti, three unique gatherings on the call of Fratelli Tutti to young people in our wounded Church and broken world on October 7, November 4, and December 2.

The first gathering on Thursday, October 7 will focus on the haunting and timely question of “Who is my neighbor?” in the midst of an ongoing global pandemic, humanitarian crises in Haiti and Afghanistan, and a racial reckoning here in the nation’s capital and across the United States.

This unique virtual gathering of young people will begin with a welcome from Cardinal Wilton Gregory, and then move to a conversation with a young Latino who works at Catholic Charities and a Muslim woman working on issues of inclusion and democracy on the message of Pope Francis and challenges of Fratelli Tutti for young people across the boundaries of faith, background, and politics. Then the conversation on “Who is my neighbor?” will continue with a recently arrived Afghan refugee, a Haitian leader with Catholic Relief Services, and a principal at a Catholic elementary school in Washington, DC.

Anna Gordon, project manager of the Initiative at Georgetown, will moderate the conversation.

There will be time for questions and conversation among these leaders and viewers of this dialogue.

This dialogue is an extension of the Theology on Tap programs of The Roman Catholic Archdiocese of Washington and the Salt and Light and Latino Leader Gatherings of the Initiative. The Archdiocese and Initiative are grateful to Scholas Occurrentes for their partnership with this gathering.

All who have RSVP’d will receive an email with instructions on how to join the livestream.

This dialogue will be live-captioned. Accommodation requests should be sent to cathsocialthought@georgetown.edu by October 6. A good-faith effort will be made to fulfill requests.