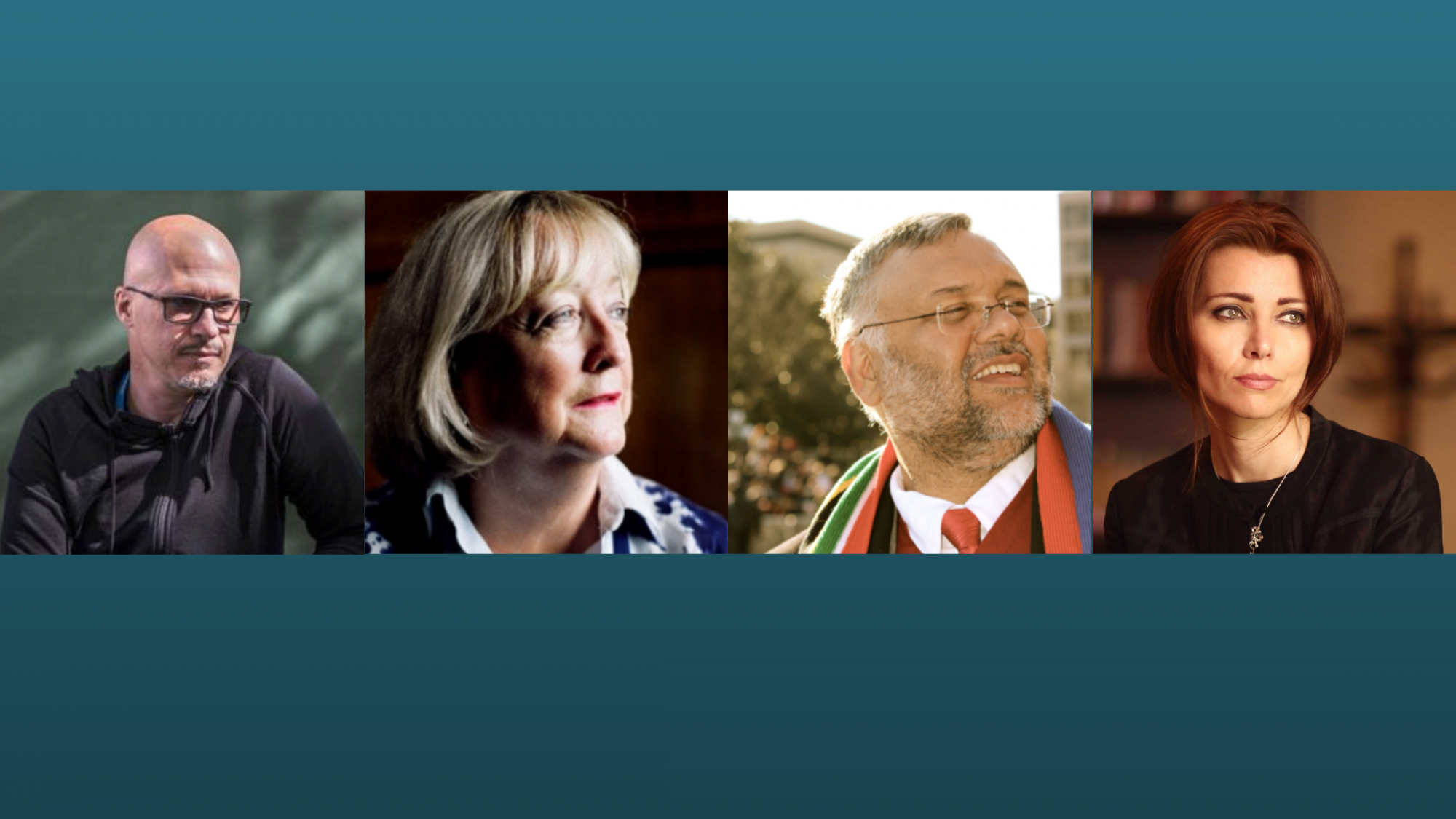 The View From Abroad: “What Can America Learn from the Experience of Other Nations at a Time of Crisis?”

Join us for the launch event of “Beyond Identity: Reimagining the American Narrative,” the Lannan Seminars at Georgetown University. Featuring Aleksandar Hemon, Monica McWilliams, Ebrahim Rasool, Elif Shafak, and moderated by BBC’s Razia Iqbal. Hosted in association with Beyond Conflict and Beyond Borders Scotland. Cosponsored by the Department of Government and the Laboratory for Global Performance and Politics.

About the Series “Beyond Identity: Reimagining the American Narrative”
Present-day America is suffering from an identity crisis. Americans are raised to believe that democracy, freedom, and opportunity are the values deeply embedded in the nation’s character and practice. Yet, millions of Americans who have spent centuries striving towards equality under the historic burden of racism, dealing with poverty or the absence of opportunity, might beg to disagree. To use a peacemaking approach is to focus on interests rather than positions, to refocus opposing groups on shared goals. But those goals must be grounded in a shared understanding of the past as the anchor to a shared vision for the future.

America is at a reckoning point, in need of reappraisal. The standard response to what constitutes American identity has been: “the principles of liberty, equality, individualism, representative government, and private property”. But how does this character composition  comport with the demons of her past and present? What is to become America’s new narrative? Of her new, more truthful, identity born of both pride and pain?

About Aleksandar Hemon
Born in Sarajevo, Aleksandar Hemon visited Chicago in 1992, intending to stay for a matter of months. While he was there, Sarajevo came under siege, and he was unable to return home. Hemon is the author of The Lazarus Project, which was a finalist for the 2008 National Book Award and National Book Critics Circle Award, and three collections of short stories. He was awarded a Guggenheim Fellowship in 2003 and a “genius grant” from the MacArthur Foundation in 2004. He is currently Professor of Creative Writing in the Lewis Center for the Arts at Princeton University.

About Monica McWilliams
Dr. Monica McWilliams was a negotiator in the Good Friday talks, which brought an end to three decades of conflict in Northern Ireland. She was a co-founder of the Northern Irish Women’s coalition, a political party created by women civil society leaders in order to ensure women had a voice at the negotiating table when parties convened to write a peace agreement in 1996.  She continues to be involved in Northern Irish politics and reconciliation, including as a member of the Commission on the Disbandment of Paramilitary Organizations. Importantly, she also continues to be an advocate for women’s inclusion in peace talks around the world.

About Ebrahim Rasool
Ambassador Ebrahim Rasool is a former Distinguished Scholar in Residence at Georgetown University’s Edmund A. Walsh School for Foreign Service. He is the founder of the World for All Foundation that endeavors to create a world of coexistence and that is safe for difference. He completed a term of duty as South Africa’s Ambassador to the United States of America, an appointment that was the culmination of a distinguished record of Public Service in South Africa. Rasool is active in rethinking the intellectual tools for co-operative relations between faiths, cultures and communities at a global level, and establishing dignity, inclusion and equity for those marginalized and excluded.

About Elif Shafak
Elif Shafak is an award-winning British-Turkish novelist. She writes in both Turkish and English, and has published 18 books, 11 of which are novels. Shafak holds a PhD in political science and she has taught at various universities in Turkey, the US and the UK, including St Anne’s College, Oxford University, where she is an honorary fellow.  An advocate for women’s rights, LGBTQ+rights and freedom of speech, Shafak is an inspiring public speaker and twice TED Global speaker.

About Razia Iqbal
Razia Iqbal is a presenter for BBC News: she is one of the main hosts of Newshour, the flagship news and current affairs program on BBC World Service radio, which is broadcast around the world including on more than 400 NPR stations in the U.S. Iqbal has been a journalist with the BBC for nearly three decades, has worked as a political reporter, and as a foreign correspondent in Pakistan and Sri Lanka. She covered the 2016 Presidential campaign in the U.S.; the Turkish and German elections and has travelled in India and Pakistan making programs for radio and television.