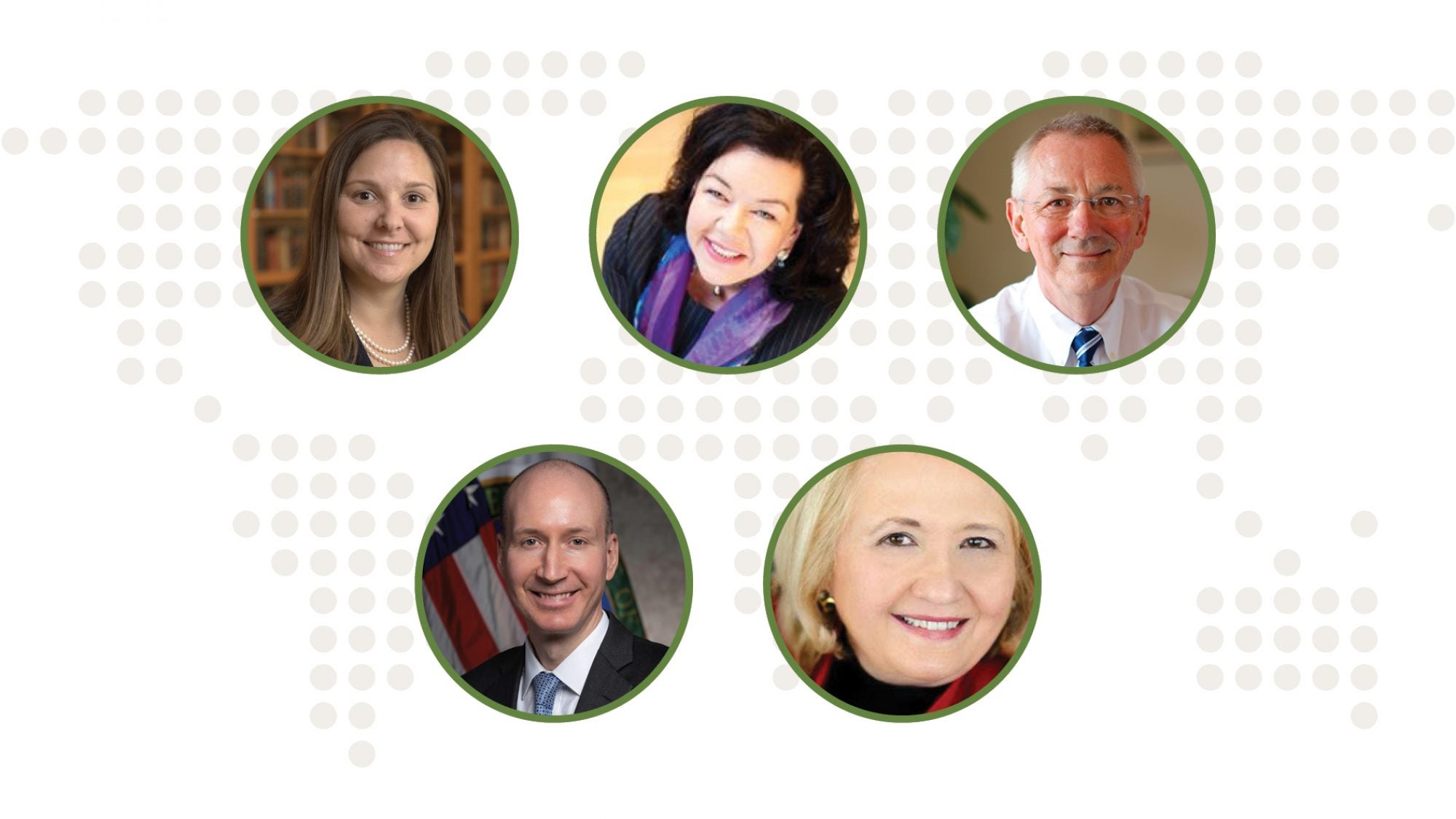 The Road to COP26: From Climate Ambition to Climate Action

The COP26 Climate Summit, hosted in the United Kingdom this November, will represent a pivotal moment in the global effort to combat the effects of climate change. As the successor to the watershed COP21 Summit in Paris in 2015, COP26 will be an important benchmark for determining the progress countries around the world have made in announcing their Nationally Determined Contributions (NDC), finalizing their long-term plans for decarbonizing their economies by 2050, and building capacity to help those countries most vulnerable to the effects of climate change.

As the U.S. prepares to host a “Leaders Climate Summit” to mark Earth Day on April 22, this panel will explore what impact the U.S.’s re-entry into the Paris Agreement will have for COP26 outcomes and what the world might expect from the US as the Biden administration prepares to unveil its NDC. More broadly, the panel will also explore the ambitions for this year’s summit, the impact that the COVID-19 pandemic has had on climate efforts and the opportunity it presents to “build back better” in crafting a greener future for the planet.

This event is cosponsored by the Walsh School of Foreign Service and the Science, Technology and International Affairs program. The discussion is open to the public, but registration is required to attend. If you require any accommodations due to a disability or medical condition, contact sfsevents@georgetown.edu no later than Friday, April 16.

Dr. Joanna Lewis is Provost’s Distinguished Associate Professor of Energy and Environment at Georgetown University and a faculty affiliate in the China Energy Group at the U.S. Department of Energy’s Lawrence Berkeley National Laboratory. She has worked on energy and climate issues in China for two decades. Dr. Lewis leads Georgetown’s US-China Climate Research Dialogue and US-China Energy and Climate Working Group, as well as a National Science Foundation-funded project, International Partnerships and Technological Leapfrogging in China’s Clean Energy Sector.

Her most recent book is Green Innovation in China (2014) and her work has appeared in a number of journals and edited volumes on environmental policy and on contemporary Chinese politics. Dr. Lewis was a Lead Author of the Intergovernmental Panel on Climate Change’s Fifth Assessment Report, and has worked at Pew Center on Global Climate Change, Lawrence Berkeley National Laboratory, the Asia Society, the White House Council on Environmental Quality, the National Wildlife Federation and the Environmental Defense Fund.

Antony Phillipson was announced as Her Majesty’s Trade Commissioner for North America in February 2018. He also serves as the UK Consul General in New York. He has been part of the UK Civil Service for more than 25 years, with roles at the Embassy in Washington, as the Prime Minister’s Private Secretary for Foreign Affairs, as head of the FCO Iran Coordination Group, and as the High Commissioner to Singapore. He also served as the Director of Trade and Partnerships in the Department for Exiting the European Union.

Dr. Andrew Steer is the President and CEO of the Bezos Earth Fund, a $10 billion fund which will address climate, nature and environmental justice. Prior to the Earth Fund, he was the President and CEO of the World Resources Institute (WRI), a global organization dedicated to promoting economic development while protecting the natural environment. Dr. Steer joined WRI from the World Bank, where he served as Special Envoy for Climate Change from 2010 to 2012, and previously in a number of other senior roles. From 2007 to 2010, he served as Director General at the UK Department for International Development (DFID) in London.

Dr. Steer is a Global Agenda Trustee for the World Economic Forum, a Commissioner of the Global Commission on Adaptation and of the Energy Transitions Commission, and a member of the China Council for International Cooperation on Environment and Development (CCICED), among others. He has written widely on the links between the economy and the natural environment.

Prior to his nomination as Deputy Secretary, David Turk was the Deputy Executive Director of the International Energy Agency (IEA), where he focused on helping countries around the world tackle their clean energy transitions. During the Obama-Biden Administration, he coordinated international technology and clean energy efforts at DOE. During this time, he helped spearhead the launch of Mission Innovation, a global effort to enhance clean energy innovation.

Turk has also served as Special Assistant to the President and Senior Director at the U.S. National Security Council and as the State Department’s Deputy Special Envoy for Climate Change, where he helped to coordinate New Start Treaty ratification efforts in the U.S. Senate. Earlier in his career, Turk worked in both chambers of Congress, primarily on national security issues.

Amb. Verveer served as the first U.S. Ambassador for Global Women’s Issues, a position to which she was nominated by President Obama in 2009. She coordinated foreign policy issues and activities relating to the political, economic and social advancement of women, traveling to nearly sixty countries.

Previously, she was the Chair and Co-CEO of Vital Voices Global Partnership, an international NGO that she co-founded to invest in emerging women leaders. During the Clinton administration, she served as Assistant to the President and Chief of Staff to the First Lady. She also led the effort to establish the President’s Interagency Council on Women, and was instrumental in the adoption of the Trafficking Victims Protection Act of 2000. Amb. Verveer serves on the Boards of the National Endowment for Democracy, the Atlantic Council, and the World Bank Advisory Council on Gender and Development.