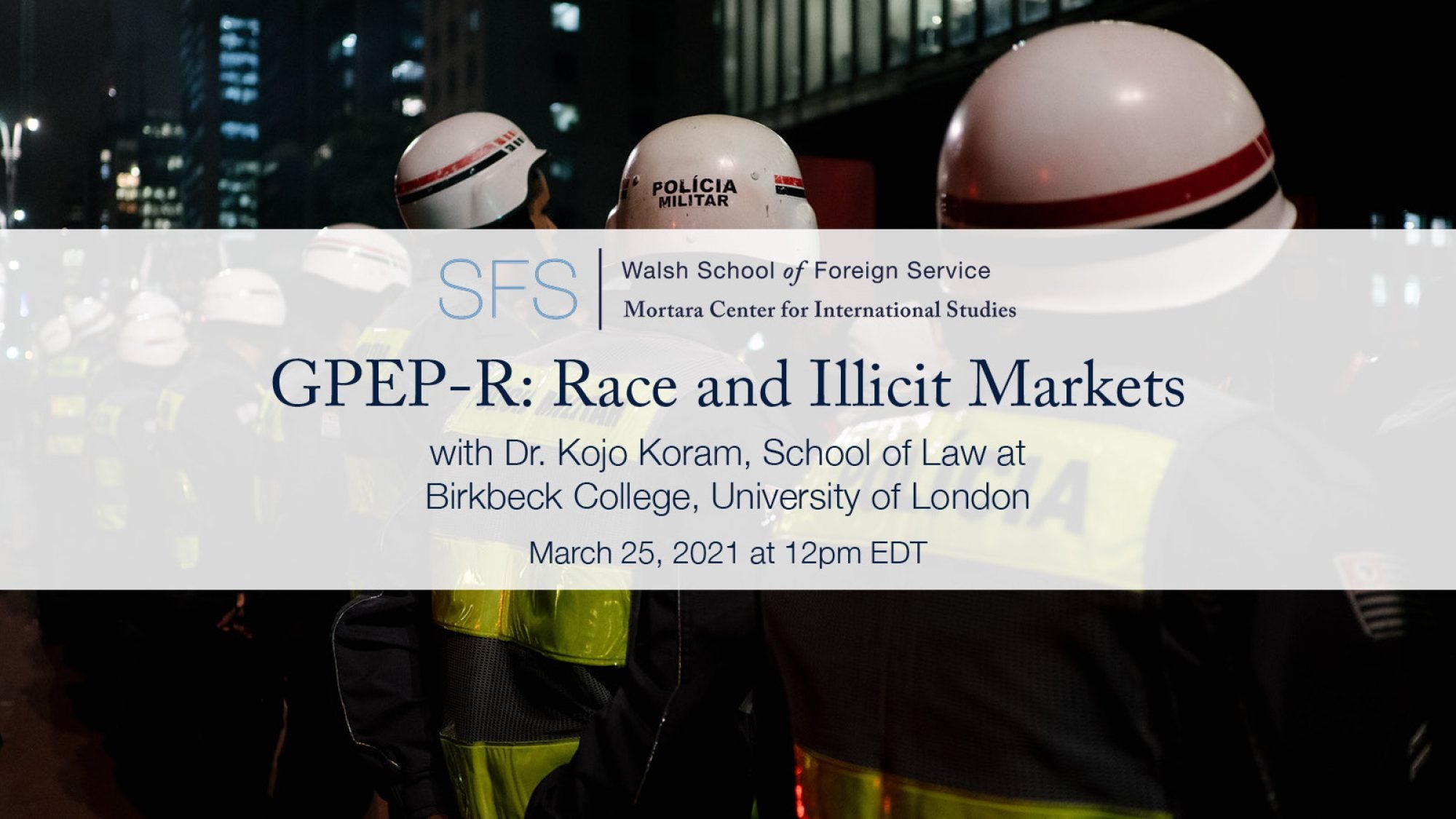 In this discussion moderated by Professor Diana Kim, Dr. Kojo Koram of the School of Law at Birkbeck College, University of London will explore the intersections of race and illicit markets. Click here to register for the event.

Kojo Koram is an academic, teaching at the School of Law at Birkbeck College, University of London. He was called to the Bar of England and Wales in November 2011 and received his PhD in September 2017. In 2018, the Association for the Study of Law, Culture and the Humanities awarded his PhD the prestigious Julien Mezey Award.

In addition to his academic writing, he has written for the New Statesman, the Guardian, Dissent, The Nation, and The Washington Post and has appeared on CNN and Sky News. He is the editor of The War on Drugs and the Global Colour Line (Pluto Press 2019).