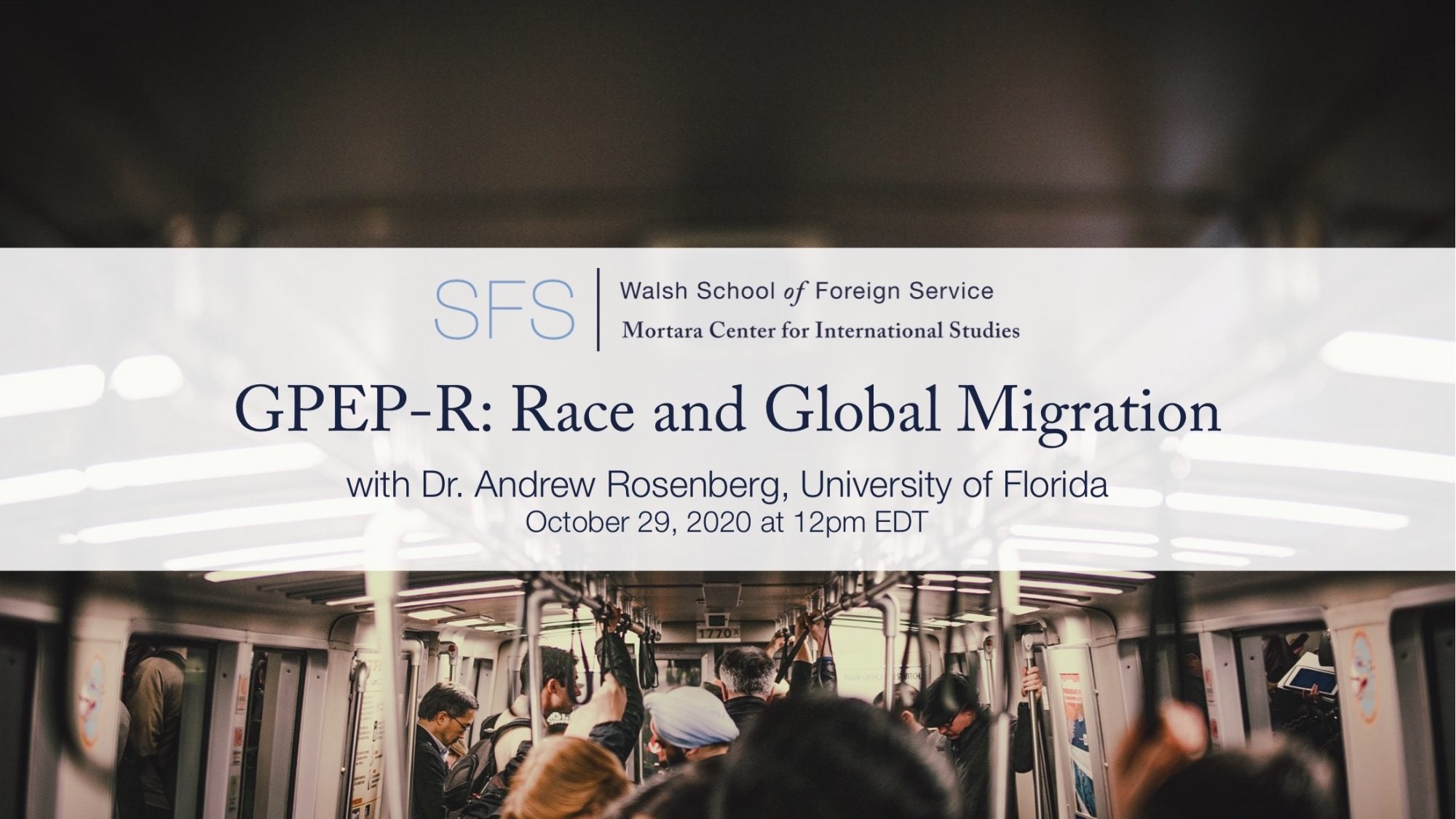 The Global Political Economy Project (GPEP) team presents a series of talks, GPEP-R, which will focus on race in International Political Economy. The talks will be hosted on Zoom and will consist of a 20-minute presentation highlighting the speaker’s research and mapping a future research agenda, followed by Q&A and a broader conversation on the topic. Talks will stream live on Thursdays from 12-1pm ET and recorded versions will be available on the GPEP website.

In this discussion moderated by Professor Ken Opalo, Dr. Andrew Rosenberg of the University of Florida will explore the intersections of race and global migration.

Ken Opalo is an Assistant Professor in the School of Foreign Service. His research interests include legislative politics, subnational administration and local government, electoral politics, and the political economy of development in Africa. His works have been published in the British Journal of Political Science, the Journal of Democracy, the Journal of Eastern African Studies, and Governance. He is a member of EGAP (Evidence in Governance and Politics), gui2de (Georgetown University Initiative on Innovation, Development, and Evaluation) and a non-resident fellow at Brookings Institution and the Center for Global Development. His research has been funded by the Luminate Group, the Susan Ford Dorsey Fellowship, and the United Kingdom’s Department for International Development (DFID). Ken earned his BA from Yale University and PhD from Stanford University.