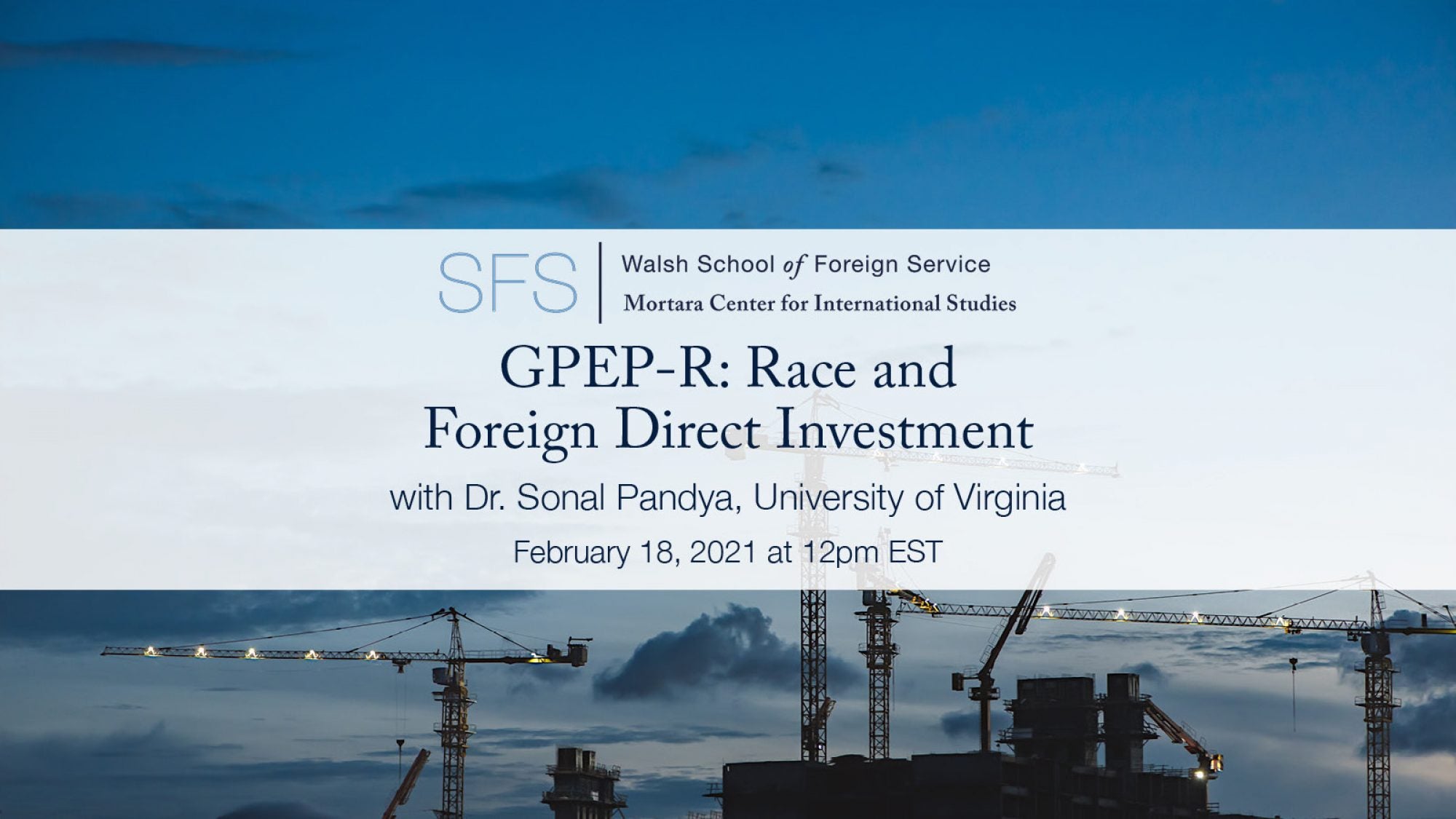 In this discussion moderated by Professor Kathleen McNamara, Dr. Sonal Pandya of the University of Virginia will explore the intersections of race and foreign direct investment. Click here to register for the event.

Sonal S. Pandya is an associate professor of Politics at the University of Virginia. Her research examines the political economy of global production and links between globalization and social identity. She is the author of Trading Spaces: Foreign Direct Investment Regulation, 1970-2000 (Cambridge) and articles in journals including Review of Economics and Statistics, International Organization, and Journal of Politics. Pandya received the American Political Science Association Mancur Olson Award and the International Political Economy Society Best Book Award. She has been a fellow of the Niehaus Center (Princeton) and was the Susan Louise Dyer Peace Fellow (Stanford).