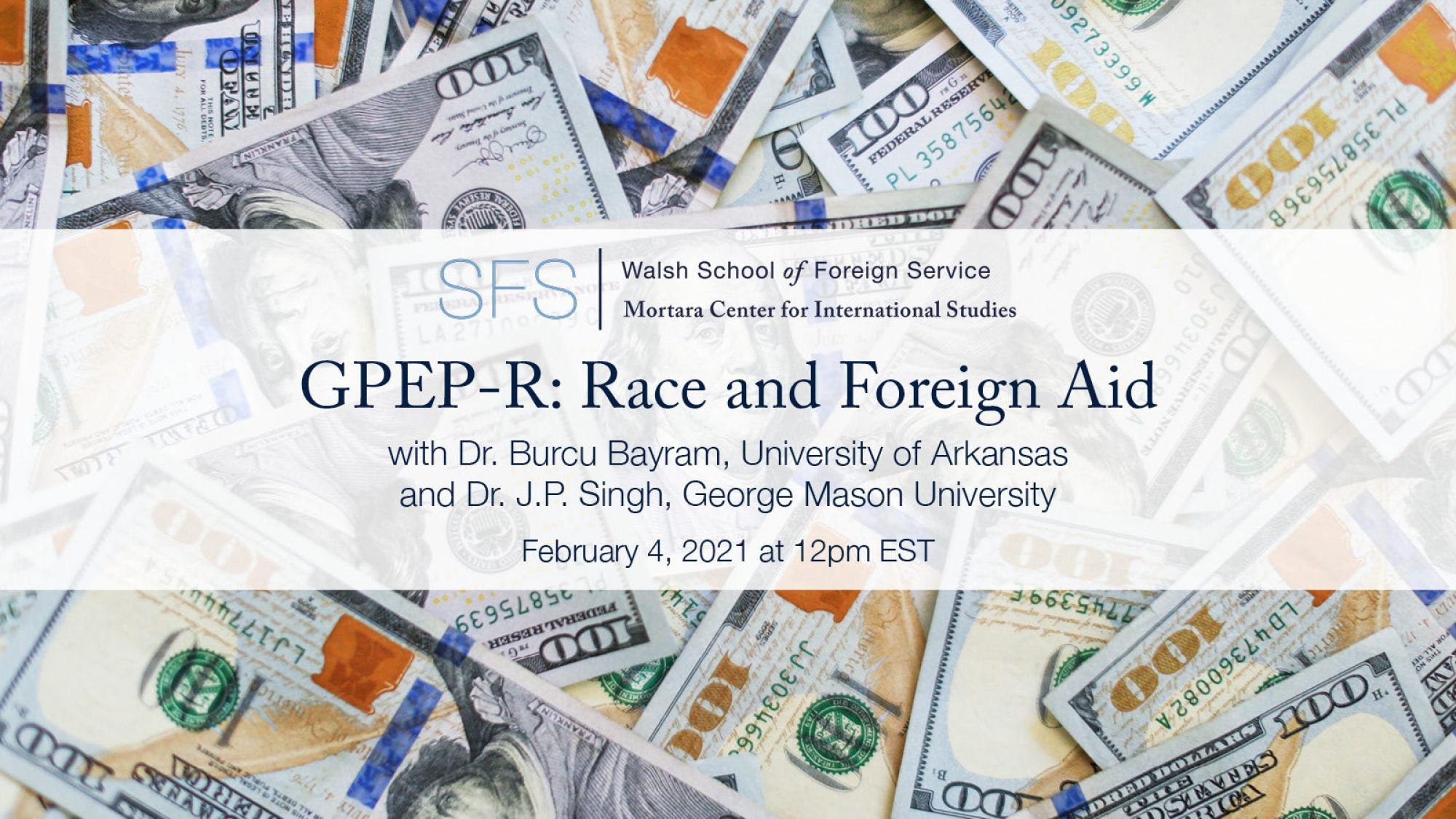 In this discussion moderated by Professor Abraham Newman, Dr. Burcu Bayram of the University of Arkansas and Dr. J.P. Singh of George Mason University will explore the intersections of race and foreign aid. Click here to register for the event.

J.P. Singh is Professor of International Commerce and Policy at the Schar School of Policy and Government, George Mason University (USA), and Richard von Weizsäcker Fellow at the Robert Bosch Academy in Berlin.  Previously, he was Chair and Professor of Culture and Political Economy at the University of Edinburgh. Professor Singh has authored five monographs, edited five books, and published nearly one hundred scholarly articles.  His books include Sweet Talk: Paternalism and Collective Action in North-South Trade Negotiations (Stanford 2017), Negotiating the Global Information Economy (Cambridge 2008) and Globalized Arts: The Entertainment Economy and Cultural Identity(Columbia, 2011), which won the American Political Science Association’s award for best book in information technology and politics in 2012. Professor Singh has consulted for or advised international organizations such as UNESCO, the World Bank, and the World Trade Organization.  Professor Singh has numerous editing roles. He edits the journal Arts and International Affairs, the political economy section of the journal Global Perspectives, and Stanford’s book series on Emerging Frontiers in the Global Economy.

Abraham Newman is a professor in the Edmund A. Walsh School of Foreign Service and Government Department at Georgetown University. He currently serves as the Director of the Mortara Center for International Studies.