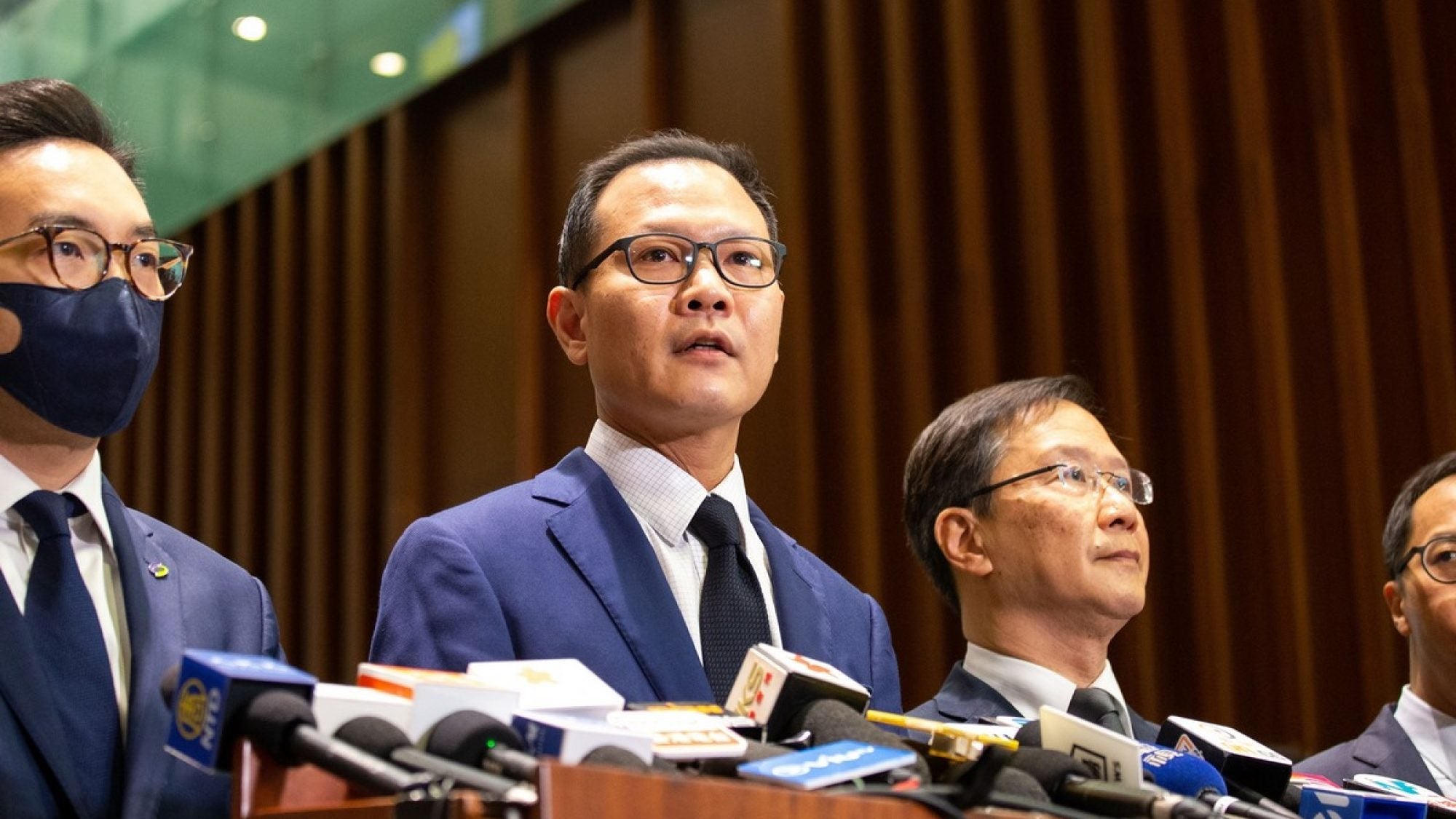 Dennis Kwok on “The Rise of China and the Fall of Hong Kong, and the Implications for the Taiwan Strait”

Please join the Asian Studies Program for a talk by Dennis W.H. Kwok. Mr. Kwok’s remarks will be followed by audience Q&A session.

With the rise of the People’s Republic of China, the CCP is exerting complete control over all aspects of life in Hong Kong, in open breach of the Sino-British Joint Declaration. The model of “One Country, Two Systems” was originally designed for the reunification with Taiwan. Can the Taiwanese people accept this constitutional arrangement? If not, what does the future hold for Taiwan Strait relations? What are the lessons learned from the Hong Kong experience?”

For accommodation requests due to a disability or medical condition, contact kelly.liu@georgetown.edu by Friday, October 15.

Dennis W.H. Kwok, a barrister by profession, is known widely as an advocate for democracy, human rights, and the rule of law in Hong Kong. He was a founding member of the Civic Party and a member of the Legislative Council (LegCo) representing the legal constituency from 2012 to 2020.

During his time in office, Mr. Kwok focused on advancing access to justice, human rights protection, and the independence of the judiciary in Hong Kong. He served as Deputy Chairman of the LegCo Panel on the Administration of Justice, overseeing the development of legal policy issues, including the independence of prosecution decisions, the development of the legal profession, and legal education.

While serving in the LegCo, Mr. Kwok was actively engaged in international advocacy work for Hong Kong’s democratic movement. Mr. Kwok was one of the principal opponents of the 2019 extradition bill proposed by the Hong Kong government. He frequently travelled to the United States and Europe to advocate for Hong Kong and its democratic cause, presenting the issue to government officials, politicians, and NGOs.

Mr. Kwok is current a non-resident Distinguished Scholar at the Asian Studies Program in Georgetown University and a resident Senior Fellow at the Harvard Kennedy School, Ash Center for Democratic Governance and Innovation.