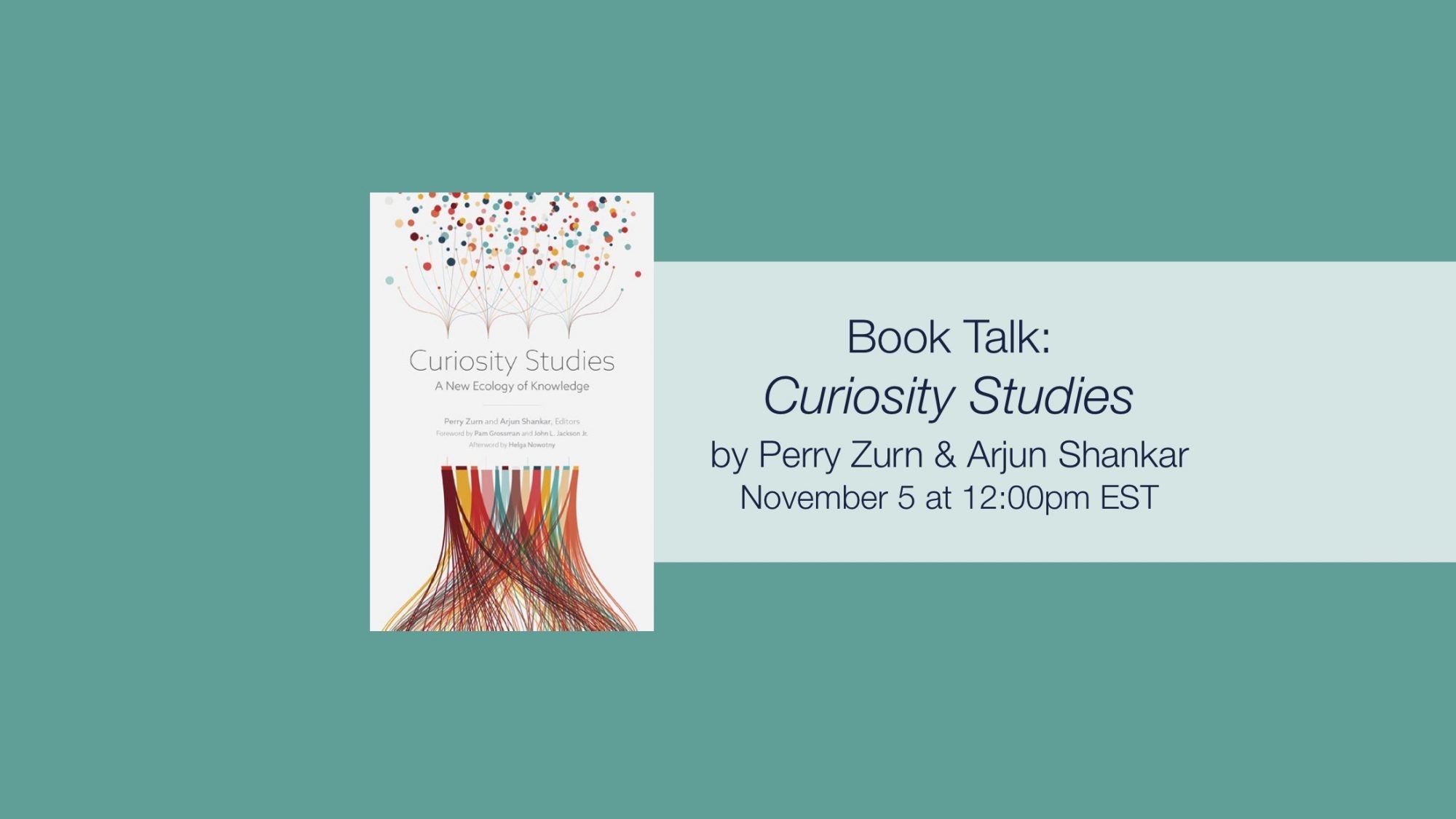 From science and technology to business and education, curiosity is often taken for granted as an unquestioned good. And yet, few people can define curiosity. Curiosity Studies marshals scholars from more than a dozen fields not only to define curiosity but also to grapple with its ethics as well as its role in technological advancement and global citizenship. While intriguing research on curiosity has occurred in numerous disciplines for decades, no rigorously cross-disciplinary study has existed—until now.

Curiosity Studies stages an interdisciplinary conversation about what curiosity is and what resources it holds for human and ecological flourishing. These engaging essays are integrated into four clusters: scientific inquiry, educational practice, social relations, and transformative power. By exploring curiosity through the practice of scientific inquiry, the contours of human learning, the stakes of social difference, and the potential of radical imagination, these clusters focus and reinvigorate the study of this universal but slippery phenomenon: the desire to know.

Against the assumption that curiosity is neutral, this volume insists that curiosity has a history and a political import and requires precision to define and operationalize. As various fields deepen its analysis, a new ecosystem for knowledge production can flourish, driven by real-world problems and a commitment to solve them in collaboration. By paying particular attention to pedagogy throughout, Curiosity Studies equips us to live critically and creatively in what might be called our new Age of Curiosity.

Join us on November 5, 2020 at 12:00pm EST for a discussion with authors Perry Zurn and Arjun Shankar in conversation with Christina A. León and Shiloh Krupar. Register here to receive the link to the event.

Arjun Shankar is an Assistant Professor of Culture and Politics in the School of Foreign Service at Georgetown University. His research draws from theories in globalization and development, digital and visual ethnography, critical race and postcolonial theory, and curiosity studies, with a focus on poverty alleviation efforts and the help economy in India. In his current book project, Brown Saviors and their Others, he takes India’s burgeoning help economy, specifically the education NGO sector, as a site from which to interrogate these ideas. He shows how colonial, racial, and caste formations undergird how transnational and digitized NGO work is done in India today. He has also been interested in developing decolonial, participatory visual methodologies and has primarily focused on the neocolonial politics of representation, global circulation, and reception of the “impoverished” and “suffering” child figure. He has published work on race, poverty, education, and visual regimes in Oxford Bibliographies, Visual Anthropology Review, American Anthropologist, and Visual Communication Journal. He creates participatory films and has taught in schools and universities in the United States and India.

Perry Zurn is Assistant Professor of Philosophy at American University. He researches in political philosophy, gender theory, and applied ethics. Zurn is the author of Curiosity and Power: The Politics of Inquiry (University of Minnesota Press, 2021) and the co-author of Curious Minds (MIT Press, under contract). He is also the co-editor of Active Intolerance: Michel Foucault, the Prisons Information Group, and the Future of Abolition (2016), Carceral Notebooks 12 (2017), Curiosity Studies: A New Ecology of Knowledge (2020), and Intolerable: Writings from Michel Foucault and the Prisons Information Group, 1970-1980 (2020). His work appears in the APA Newsletter on LGBT Issues in Philosophy, Carceral Notebooks, Hypatia: A Journal of Feminist Philosophy, Journal of the American Psychoanalytic Association, Journal of French and Francophone Philosophy, Modern and Contemporary France, philoSOPHIA, Radical Philosophy Review, and Zetesis.

Christina A. León is Assistant Professor of English at Princeton University where she focuses on Latinx, Caribbean, and hemispheric literatures, in addition to critical engagements with feminist theory, queer theory, and performance studies. She is currently at work on her first book, entitled Radiant Opacity: Aesthetic, Ethical, and Material Relations in Latinidad. Her writing has been featured in ASAP/Journal, Post 45, Sargasso: A Journal of Caribbean Language, Literature & Culture, Small Axe, and Women and Performance: A Journal of Feminist Theory, in addition to translations in the forthcoming Havana Reader (Duke University Press).

Shiloh Krupar is a Geographer and Provost’s Distinguished Associate Professor at Georgetown University, where she currently serves as Field Chair of the Program in Culture and Politics in the Edmund A. Walsh School of Foreign Service. Her teaching and research interests, which span geography, art/architecture, the medical humanities, science & technology studies, and environmental justice have explored several interrelated areas: military landscapes, such as decommissioned military sites and nuclear facilities; model cities and urban-environmental projects in China; cities in aftermath and the impacts of environmental, juridical, and financial disasters on the urban environment; and, lastly, biomedicine, specifically environmental biomonitoring, medical administration, and geographies of waste. The recipient of a Quadrant Fellowship, her book Hot Spotter’s Report: Military Fables of Toxic Waste (University of Minnesota Press, 2013) explores the politics of nature conservation, environmental memory, contamination and compensation issues at decommissioned military sites in the western United States. Her second book Deadly Biocultures: The Ethics of Life-Making (University of Minnesota Press, 2019, co-authored with Nadine Ehlers) examines the affirmation to hope, target, thrive, secure, and green in the respective biocultures of cancer, race-based health, fatness, aging, and the afterlife. Its chapters focus on specific practices and technologies that ostensibly affirm life but are linked to capital in ways that create inequities and deathly conditions.