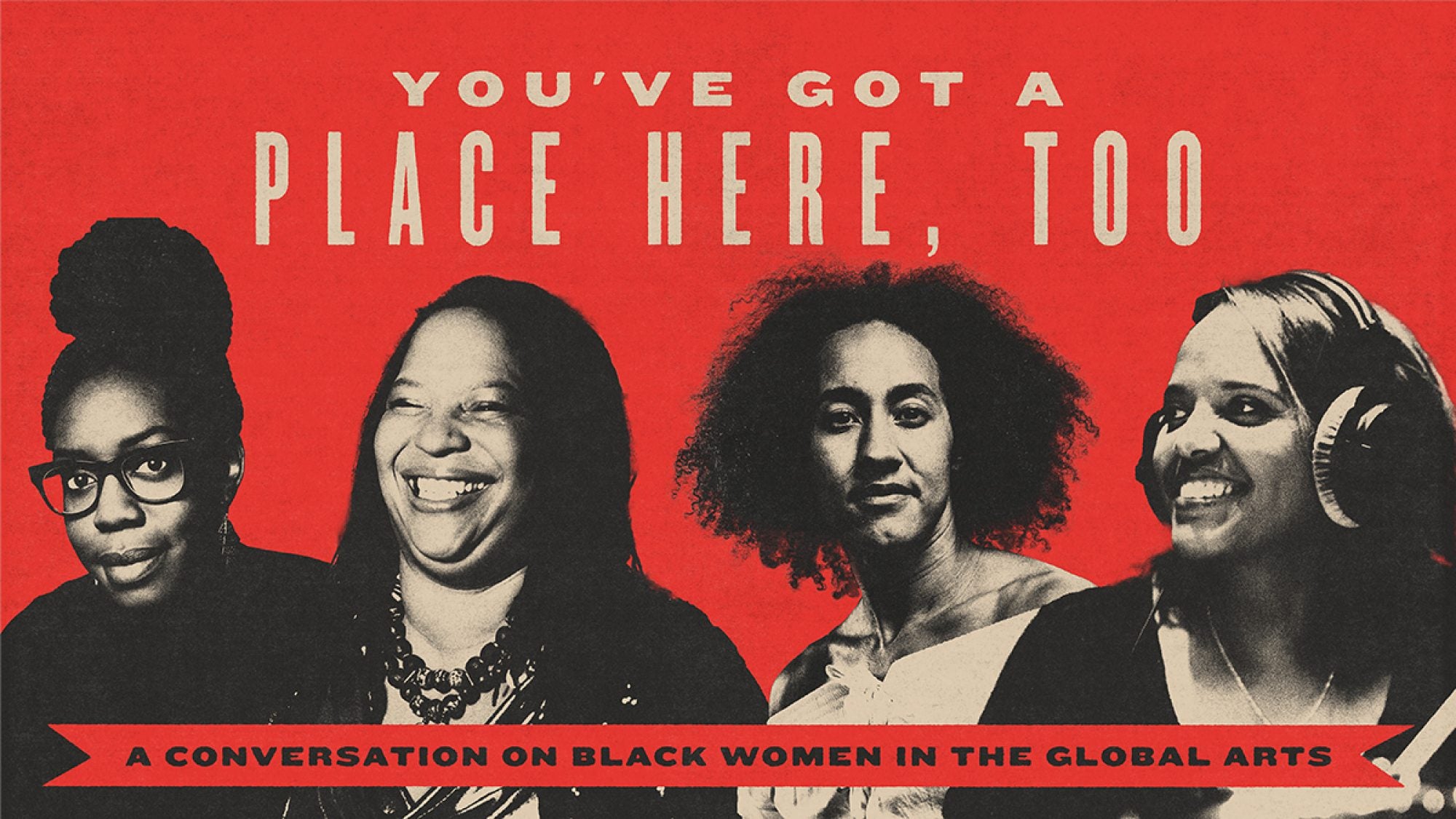 “You’ve Got a Place Here, Too”: A Conversation on Black Women in the Global Arts

The global nature of the arts presents both opportunities and challenges, especially for Black women. In honor of Black History Month, join the Walsh School of Foreign Service as we celebrate and recognize the contributions of Black women in the creative arts around the world. A panel of musicians, speakers and writers will discuss the intersection of race and gender in the arts, and how those identities play out in specific ways in different international contexts.

Registration through Zoom is required for this event. To request accommodations (such as closed captioning) due to a disability, contact sfsevents@georgetown.edu no later than noon on Friday, February 19. A good-faith effort will be made to fulfill all requests for accommodation.

The title of this event comes from Nikki Giovanni’s poem “BLK History Month”:

If Black History Month is not
viable then wind does not
carry the seeds and drop them
on fertile ground
rain does not
dampen the land
and encourage the seeds
to root
sun does not
warm the earth
and kiss the seedlings
and tell them plain:
You’re As Good As Anybody Else
You’ve Got A Place Here, Too

Terri Lyne Carrington worked as a drummer in New York before gaining national recognition on late-night TV as the house drummer for The Arsenio Hall Show. While still in her 20s, Carrington toured extensively with Wayne Shorter and Herbie Hancock and in 1989 released her GRAMMY®-nominated debut, Real Life Story. Both 2011’s The Mosaic Project—which featured a cast of all-star women instrumentalists and vocalists—and 2013’s Money Jungle: Provocative in Blue earned GRAMMY®Awards. The latter established her as the first woman ever to win in the Best Jazz Instrumental Album category. Carrington is an honorary doctorate recipient from Berklee, and currently serves as Founder and Artistic Director for the Berklee Institute of Jazz and Gender Justice. In 2019 she was granted the Doris Duke Artist Award and released the GRAMMY®-nominated Waiting Game, celebrated as one of the best jazz releases of 2019 by Rolling Stone, Downbeat, Boston Globe and Popmatters. That year, Carrington was named as JazzTimes Critics Polls’ Artist of the Year, Jazz Artist of the Year by Boston Globe, and Jazz Musician of the Year by the Jazz Journalists Association.

Obehi Janice is a writer, actress and comedian from Lowell, Massachusetts. She was recently a writer for shows on HBO and Hulu and plays Heather Culbreth in the animated comedy Dicktown on FXX. She is currently developing a pilot with Hillman Grad and Big Beach for Amazon Studios. You can see her face on a screen at The National Museum of Natural History talking about the lessons learned from dinosaur extinction. She lives in Los Angeles.

Corina Shika Kwami, Ph.D., is a public speaker, singer and tap dancer. She has performed in countries across the Americas, Europe, Africa and Asia with her own band, as a guest musician and as a strategist on the arts in innovation, future cities and sustainability. Kwami holds a doctorate from University College London and is currently the Creative Producer of the Voices Incubator at Purpose. Her work cuts across the arts and sciences, music and dance in order to facilitate exchanges between these worlds.

Brooklyn-based sound artist and composer Fay Victor hones a unique vision for the vocalist’s role in jazz and improvised music. Victor’s work encompasses a distinctive vocalizing, language and performing approach with the foundation of the jazz vocal idiom, encompassing an “everything is everything” aesthetic bringing in references that span the globe. She has released ten critically acclaimed albums as a leader, including Barn Songs and We’ve Had Enough with Fay Victor’s SoundNoiseFunk. She has performed at The Whitney Museum & The Museum of Modern Art (NYC), The Hammer Museum (LA), The Kolner Philharmonie (Germany), De Young Museum (SF), Symphony Space (NY), The Earshot Jazz Festival (Seattle), The Winter Jazz Festival (NY) and the Bimhuis (Netherlands). Victor was the 2017 Herb Albert/Yaddo Fellow in Music Composition and a 2018 recipient of a month-long Headlands Center for the Arts residency. She is currently on the Faculty at the New School of Jazz & Contemporary Music.

Scott Taylor, Ph.D., is a Professor and Vice Dean for Diversity, Equity, and Inclusion at the Walsh School of Foreign Service. He previously served as Director of the African Studies Program. His research and teaching interests lie in the areas of African politics and political economy, with a particular emphasis on business-state relations, private sector development, governance, and political and economic reform.